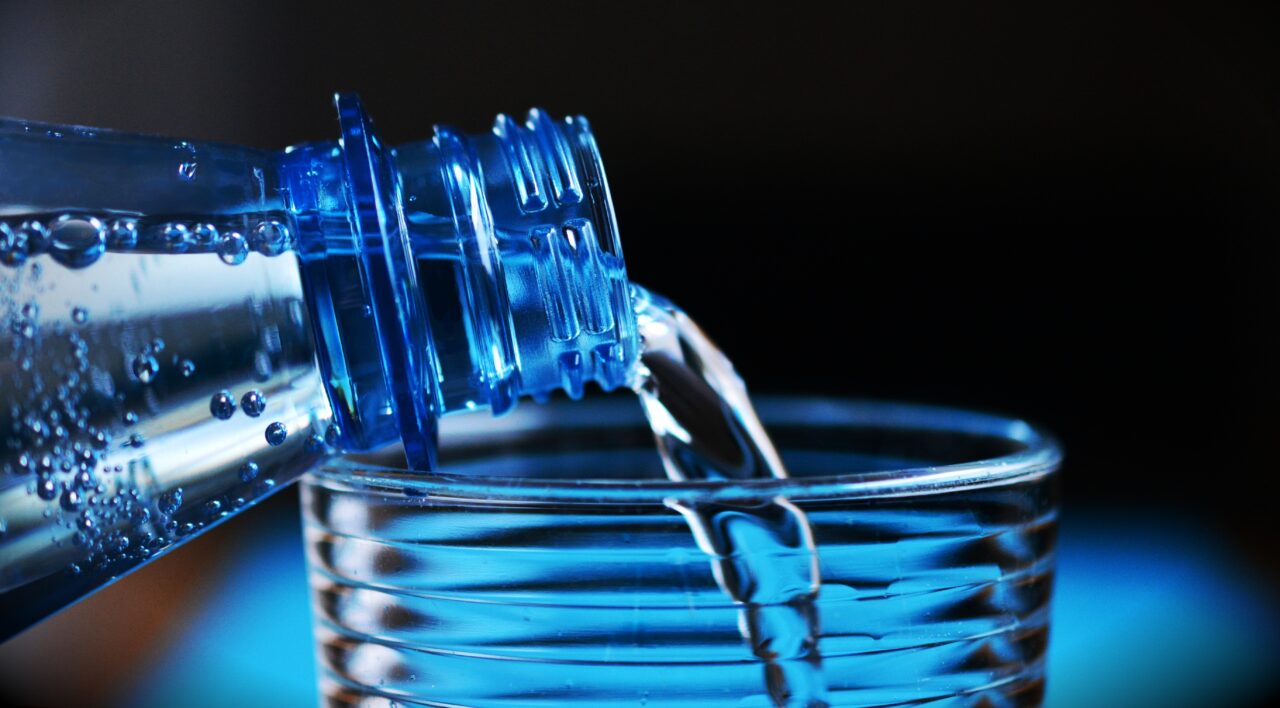 Today’s lifestyles make it challenging to eat properly and maintain health. Whether it is because our microwaves are destroying the nutrients in our food or that the radiation from our cell phones challenge our immune systems or that the processed foods we eat are devoid of the vitamins, minerals and enzymes that foster vibrant health, we are all challenged by today’s world. Vitamin and mineral deficiencies influence how our immune systems functions and are at the core of our health. It is important to know that minerals are just as important as vitamins to health. 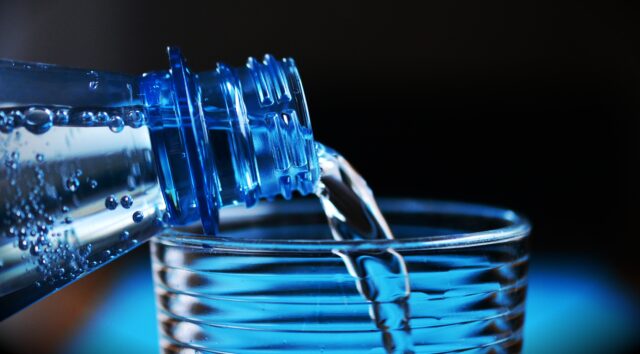 Scientists categorize minerals in two ways: major minerals and trace minerals. Like vitamins, minerals are sorely deficient in our diets because of food processing methods and the depletion of nutrients from the soil. Our bodies need minerals for maintenance of normal cell function. Most of us have heard of the major minerals, such as calcium, needed for strong teeth and bones, phosphorus and magnesium, so essential to heart health. The minor or trace minerals are less known. You’ve heard of some of them, like chromium and copper. There are other trace minerals less known and a bit harder to pronounce, like molybdenum, selenium and vanadium. Minerals, like vitamins, are important because they serve as the raw materials for the fabulous, incomprehensible, interrelated, synergistic chemical reactions that take place on a cellular level that give us life. Vitamins and minerals are essential to the activity of enzymes. Enzymes act as catalysts which accelerate reactions in the body that are essential to life. Laboratory techniques now enable scientists to detect smaller and smaller quantities in living cells. Technology allows us to study the effects of not only the major minerals, but trace elements as well.

Scientists have identified 92 elements in nature and have theorized the existence of at least another 22. Although no attempt will be made to discuss all known elements in this article, the issue of balance is of utmost importance. Inter-relationships of major and trace minerals, as with vitamins and antioxidants, is critical to proper cellular function. As an example, Americans consume lots of sodium in their diet because of how our foods are processed. The imbalance that occurs in relationship to other minerals is the cause of an abundance of health issues, including hypertension. The consumption of artificial fats, high fructose corn syrup and high levels of sodium has established new dietary patterns that impact upon our health.

Of all the major minerals, calcium is most well-known. Its role in keeping bones strong is legendary. A lesser known fact is that calcium is important for muscle contractions, including the heart, and for conducting nerve impulses. Deficiencies have been associated with high blood pressure, premenstrual syndrome and higher rates of colon cancers. Magnesium has been associated with improving muscle cramps, tissue injury, inflammation, PMS, asthma, gall stones, chronic fatigue, diabetes, hypoglycemia and fibromyalgia. It has been found very beneficial in improving energy production to the heart. It reduces the demand on the heart muscle by improving oxygen delivery. Involved in over 300 enzymatic reactions, magnesium plays a role in the conversion of vitamin D’s ability to help the body absorb and utilize calcium.

Top Minerals and Their Importance:

Manganese is essential for healthy bone and cartilage. It is also important for proper glucose metabolism. Modern food processing techniques that refine whole wheat causes 75% of manganese to be lost. The loss of this critical mineral leads to deficiencies associated with disc and ligament injuries, carbohydrate sensitivity and lowered immune responses.

Zinc is involved in over 300 enzymatic actions in the body. Zinc promotes a healthy immune system and plays a key role in wound healing. It is important to men because it is involved in prostate health and sperm production. It is important to women for fetal development.  Zinc is also required for smell and taste perception to function properly. A zinc deficiency is often responsible for the elderly losing their taste and desire for food. On the opposite side of the spectrum, food cravings particularly for sugar and carbohydrate can be caused or worsened by a zinc deficiency. Zinc protects the liver from chemical damage. Many zinc enzymes work to metabolize carbohydrates, alcohol and essential fatty acids. Zinc enzymes synthesize proteins and help dispose of free radicals.

Zinc is needed to manufacture hemoglobin, a component of red blood cells. Zinc even plays a part in thyroid hormone function. It’s a component of insulin, interacts with platelets in blood clotting and affects behavior and learning. Zinc is important to the retina of the eye and helps protect the body from heavy metal poisoning. Zinc is needed to maintain the proper concentrations of Vitamin E in the blood. White dots on your finger nails are indicative of a zinc deficiency.

Imagine how compromised the body becomes on a cellular level if you’re deprived of just this one trace mineral. The dietary sources of zinc are in foods that a lot of us don’t eat, like liver, legumes and whole grains.

Molybdenum plays a role in iron metabolism. Deficiencies have been linked to increased heart rate, shortness of breath, headaches and disorientation. Selenium is a vital antioxidant, especially when combined with Vitamin E.  Selenium deficiency plays a role in heart disease, cancer and low immune function. Selenium levels have been found to be low in people with cataracts.

Another trace mineral many people haven’t heard of is Vanadium. Vanadium, named after the Scandinavian goddess of beauty and youth, functions in hormone, cholesterol, and blood sugar metabolism. Vanadium deficiency may contribute to elevated cholesterol levels and faulty blood sugar control, manifesting as either diabetes or hypoglycemia. An animal study using goats, showed that after a Vanadium-deficient diet, female goats gave birth to babies with irreversible bone deformities in their front legs. Some baby goats died within 3 days, some could not stand after birth. The Vanadium-deficient mothers produced significantly less milk. I point out this study because it demonstrates that when we become ill, most often there is a deficiency involved on a cellular level that we are not aware of. The human body cannot function properly without proper nutrition to feed the cells. It’s the raw material of health!

Potassium along with sodium are two trace minerals that work together. The cells of the body are always trying to get rid of sodium. Think of it as throwing out an unwanted guest to make room in the house for someone you care to invite in. Keeping the right amount of these minerals in your cells is so important that your body expends more than one third of its energy working to maintain this balance. Because most Americans do not get enough potassium and consume too much sodium, it is difficult for the body to maintain this balance. Once again, the problem is food processing. When whole grains are turned into white flour, the potassium is removed. Food manufactures then add lots of sodium to give products shelf life and flavor. The ratio of potassium to sodium has been reversed from olden times to the present. This is not to say that sodium is a bad guy. It is another trace mineral that is vital to health. It’s just that we are out of balance. We need to eat 10 times as much potassium as sodium. We now often eat more sodium than potassium. A Potassium deficiency affects muscles and nerves first. Other imbalances lead to problems like :

Boron is not boring! It is necessary for the action of vitamin D, the vitamin that stimulates the absorption of calcium. It is also important in manufacturing several hormones and for balanced levels of testosterone and estrogen. Chromium is important to healthy blood sugar levels, proper HDL, higher energy levels, decreased morning sickness and pancreatic function. Scientific data confirms the muscle enhancing and fat reducing effects of chromium picolinate. Often referred to as GTF, which stands for “glucose tolerance factor”, chromium  is important to insulin and fatty acid metabolism. It plays a major role in helping people lose weight.

The future may reveal that many other trace minerals also play key roles in our health. Today we are lucky to have science explain the effectiveness of these substances. Yet instinctively people knew that what you put into your body counts. Roman soldiers put iron filings into their wine prior to going into battle to give them energy.