It never rests for our entire lifetime. It is responsible for our intelligence, personality, mood, memories, and behaviors. It is our beautiful, bountiful brain, and it is indeed the engine that drives the train! Although it weighs only 3 pounds, it uses 20 percent of our calories and oxygen. Of all our organ systems, it is the most complicated. It creates our world because the brain is the organ of perception that translates our experiences, feelings, language, and thoughts. Everything starts and ends with the brain. 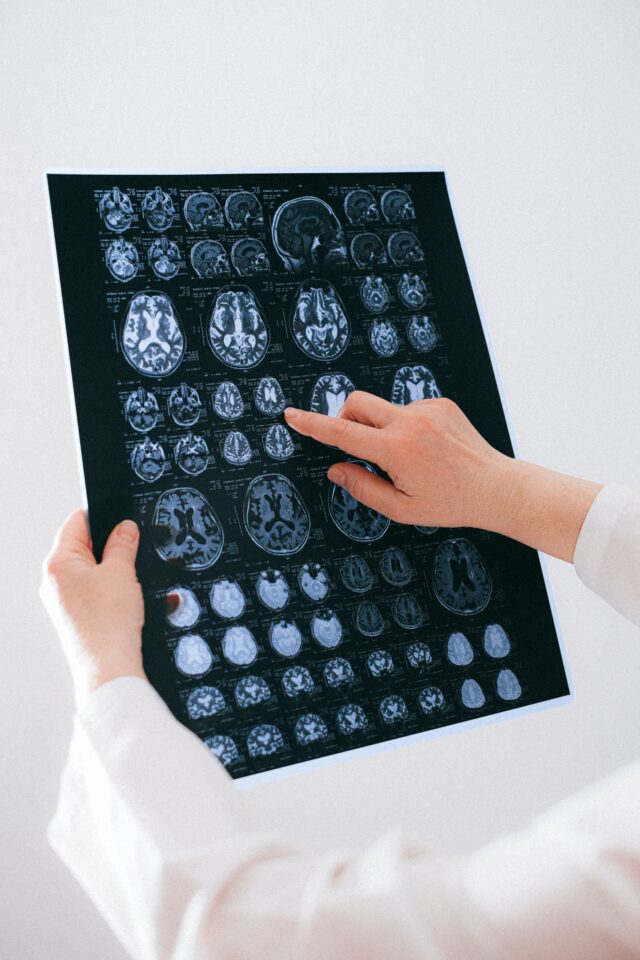 The brain changes with time, just like everything else about us. If we want bigger muscles, we work out. A similar concept applies to the brain. Scientists have a name for it. It is called brain plasticity, and it means that we can create new cells even as we age, just as we can develop and enlarge our muscles.
The adult brain is not hard-wired with fixed circuitry. Instead, there is solid scientific evidence that neurogenesis, the birth of new brain cells, occurs in the adult brain. The fact that the brain can change is excellent news, especially for those concerned about diminished capacity with age. However, lifestyle choices either improve brain function or harm and impede it.
Everything we do from our food selections, exercise and sleep habits, smoking, alcohol consumption, medication, exposure to environmental toxins, and stress impacts the brain. Most recently, homocysteine, a biomarker for heart health, has been linked to atherosclerosis and impaired blood delivery to the brain. It has also been linked to nerve network loss in the brain cortex.

Whether concerns arise over forgetting where we left our reading glasses or more major challenges like dementia and Alzheimer’s disease, the reasons the brain ages and functions less optimally are the same reasons the body ages. Free radical oxidative stress injures brain and nerve tissue. These destructive molecules compromise the energy portion of the cell, the mitochondria. As a result, the brain’s memory center, called the hippocampus, no longer works as efficiently as it once did, and function declines.

The same antioxidants and nutrients that protect our other organs preserve the brain. It should be noted that the nutrients that help stave off heart disease are the same nutrients that help the brain.
Disease in users of antioxidant vitamin supplements. The vitamins studied were E and C. The study showed that antioxidants scavenge free radicals and other reactive oxygen species damage cellular membranes. Neurons are especially vulnerable to free radical-mediated damage, and these processes were found to contribute to Alzheimer’s disease.
Glutathione, often referred to as GSH, is very important to the well-being of the nervous system and the brain. It is the major antioxidant of the cell interior. The vitality and viability of nerve cells are directly related to glutathione status.

Alpha-lipoic Acid has become a highly potent antioxidant, a precursor to glutathione, and a nerve rebuilder. It readily crosses cell membranes, reaches the cell interior, and quickly crosses the blood-brain barrier to access the brain and aid in energy production. In addition, studies show its efficacy in preventing stroke damage and protecting the nerve cells of people with diabetes.
Alpha-lipoic acid is also one of the few nutrients taken orally to raise levels of the antioxidant glutathione in brain cells. Low glutathione levels predict chronic diseases, including degenerative brain disorders and early death.

N-Acetyl-Cysteine is an effective metabolic precursor to both L-Cysteine and glutathione. Often referred to as NAC, it is a potent free radical scavenger, metal chelator, and anti-inflammatory agent.

Folic Acid, known for its ability to prevent neural tube congenital disabilities, is perhaps most under-appreciated for its value to the nervous system. It is intimately involved in the repair of DNA and RNA. Low blood folate is associated with marked signs of mental insufficiency, including but not limited to poor mental focus, distractibility, and mental fatigue. Folate deficiency is detected in 15-38% of adults diagnosed with depressive disorders.

Vitamin B6, also known as pyridoxine, is a vitamin that is required for several metabolic pathways that support optimal brain function. First, it is necessary to convert homocysteine to cysteine, a precursor for the antioxidant glutathione. When given together with vitamin B12 and Folic Acid, vitamin B6 completes the nutrient triad necessary to recycle homocysteine, interfering with brain circulation efficiently.
Deficiencies of these key metabolic cofactors are common among the elderly and may be a contributing factor as a cause of strokes in the aging population. 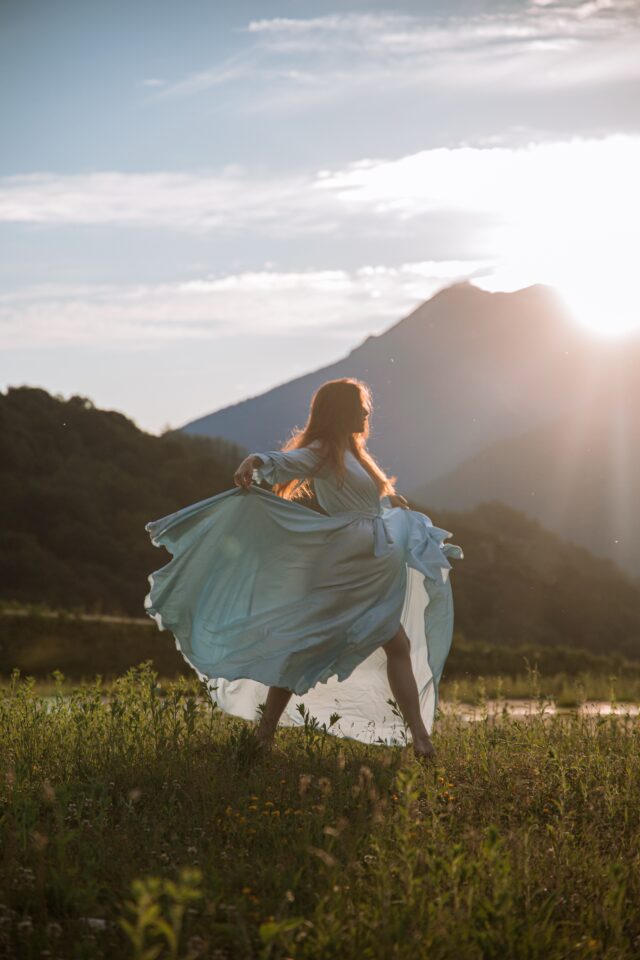 Vitamin B12, also known as cyanocobalamin, is needed for cognition and is often deficient in vegetarians and the elderly. Deficiency symptoms can mimic dementia. Memory loss, personality, mood changes, and fatigue are also deficiency symptoms.

L-Theanine is often referred to as the “feel-good supplement.” Scientific studies have proven its calming effect on the nervous and cardiovascular systems. In addition, it has been shown to promote deep muscle relaxation and improve sound quality sleep. Furthermore, scientists have investigated L-Theanine’s effect on brain amino acids and neurotransmitters. In clinical trials, L-Theanine was shown to increase alpha brain waves, which is considered an index of relaxation. In addition, L-Theanine had a significant effect on releasing or reducing neurotransmitters like dopamine and serotonin, resulting in improved memory and learning ability.

CoEnzyme QIO is a powerful antioxidant and energy booster within all cells, particularly the heart and brain. A loss of CoQ10 accompanies aging, and without it, our brains cannot work at full power. As we age, we lose some of the protective abilities of our defense systems. We no longer produce enough Co-QIO and other antioxidants that supplied protection to the brain when we were younger. Memory loss and other cognitive deficiencies are the results.

Acetyl-L-Carnitine can protect the brain from neurotoxicity and preserve the energy-producing mitochondria. Shown to be effective with people suffering from mild cognitive impairment, it may be helpful in the early stages of Alzheimer’s disease.

Vitamin D referred to as “the sunshine vitamin,” is well known for its ability to enhance our immune system and protect us from everything from the common cold to cancer. Vitamin D plays a role in brain health too. It protects the membranes of brain cells. It increases the number of hippocampus cells that are involved with memory. Vitamin D’S ability to suppress inflammation is being studied in helping children with autism, people with multiple sclerosis, Parkinson’s, and Alzheimer’s.

Gamma-aminobutyric Acid, called GABA, is an amino acid that the brain uses as a neurotransmitter. Known for its ability to decrease nerve cells from firing erratically, it has a calming effect and has been used with people with high anxiety. 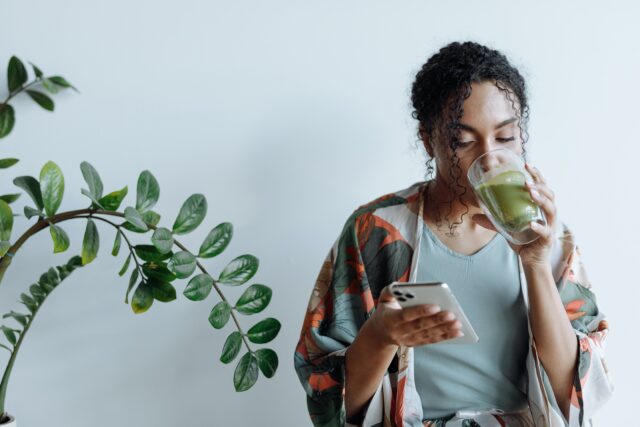 Omega-3 Fish Oils cannot be ignored for brain health and function. As a rich source of long-chain polyunsaturated fatty acids, the two most popular are EPA, eicosapentaenoic acid, and DHA, docosahexaenoic acid. As an important component of cell membranes, DHA is vital to brain health by playing a major role in the flexibility and fluidity of
the cell. Associated with low levels of DHA are decreased cognitive function and response time, depression, irritable behavior, and Alzheimer’s disease. It is estimated that one in eight Americans over 65 have Alzheimer’s.

EPA and DHA are effective in helping people with mood disorders, improving outcomes of those with bipolar disorder, heart disease, rheumatoid arthritis, high blood pressure, and Alzheimer’s. However, dietary deficits in DHA affect the young also. Low levels of this critically important fatty acid impact the IQs of children and have been linked to violent behavior.

There is no doubt that the most important contributing factor to brain wellness, as with physical wellness, is proper nutrition. Nutrition simply means nourishment – the process by which our bodies receive the nutrients necessary for life, growth, and optimal health. To function properly, the brain and body need balanced and consistent nourishment. Unfortunately, our bodies suffer from undernutrition, but our brains are also extremely vulnerable to our nutritional status.

All health takes place on a cellular level, and cells respond to the nutrients we consume. The brain is more sensitive to the environmental onslaughts of our modern world than is the body. What ages and diminishes the body ages and diminishes the brain too. Even being overweight, which we associate with the body, is connected to brain health. Studies show that body fat acts as a reservoir for lipid-soluble neurotoxins that selectively damage dopamine-producing neurons in the brain.
Dietary and nutritional deficits have profound consequences on the brain performance. What we eat, exercise, or challenge the brain with new learning experiences impacts its function. So always be kind to your Beautiful, Bountiful Brain!